Yalumba: celebrating its fortified history with these very special wines.

Yalumba is a sixth generation family wine company located in the Barossa, South Australia. Founded in 1849 by Samuel Smith, Yalumba is Australia’s oldest family winemaker. Like all heritage brands in Australia, the roots of Yalumba were in the production of fortifieds. Yalumba crafted its first fortified wine in 1852. Today the winery predominantly makes table wines, however tiny parcels of fortifieds are still being produced. Yalumba briefed us to design a flight of premium fortifieds with a magnificent 50-year-old as its flagship. 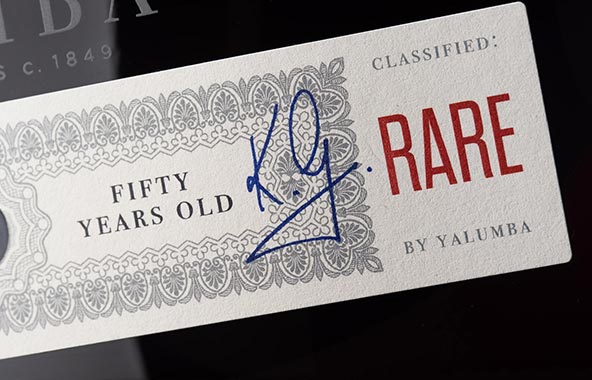 Our brief was to create a feeling of exclusivity and preciousness around the release: the packaging had to acknowledge Yalumba’s heritage, emphasise the limited release nature of the wines but also have a touch of modernity. We chose striking contemporary bottle shapes to showcase the beautiful ruby colour of the wines, whilst the hand-finished labels reinforce the craftsmanship and authenticity of these incredible aged releases. 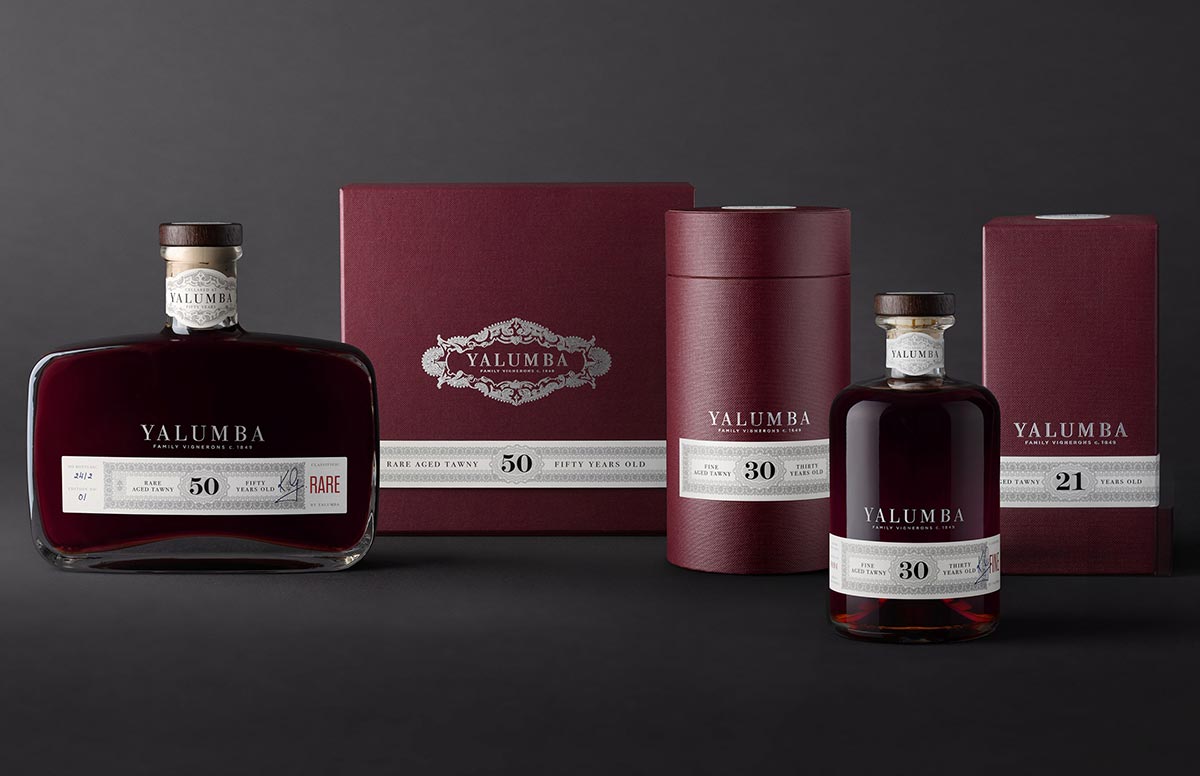